I have made some progress in setting up a ham shack of some description. I attached a 3.6m mast to the side of the house and mounted a 7 band MCR Communications cobweb antenna. I am going to leave it a short while before connecting it up, to see if draws any complaints from nearby residents.

In the meantime, I wanted to listen to the local club’s weekly net and try make some local contacts on either 2m or 70cm. I didn’t want to spend too much just yet on a VHF/UHF antenna so I made one.

Researching VHF/UHF antenna builds, I came across the late John Bishop’s (VK2ZOI) article on buliding a flowerpot antenna. Shortly after, I found a Youtube video on the same by M0MSN. It is a vertical coaxial sleeve dipole with an air choke.

I built the antenna with URM67 cable which, I presume being thicker than RG58, proved to be quite a challenge. Particularly in winding the choke. Perserverence paid off and I’m please to report, in testing, I was able to pick up stations as far away 20 miles away, with the antenna located just ~1.5m above the ground.

With a bit more elevation I envisage it working quite well. I can certainly believe the claims people have made about making contacts 40+ miles away. 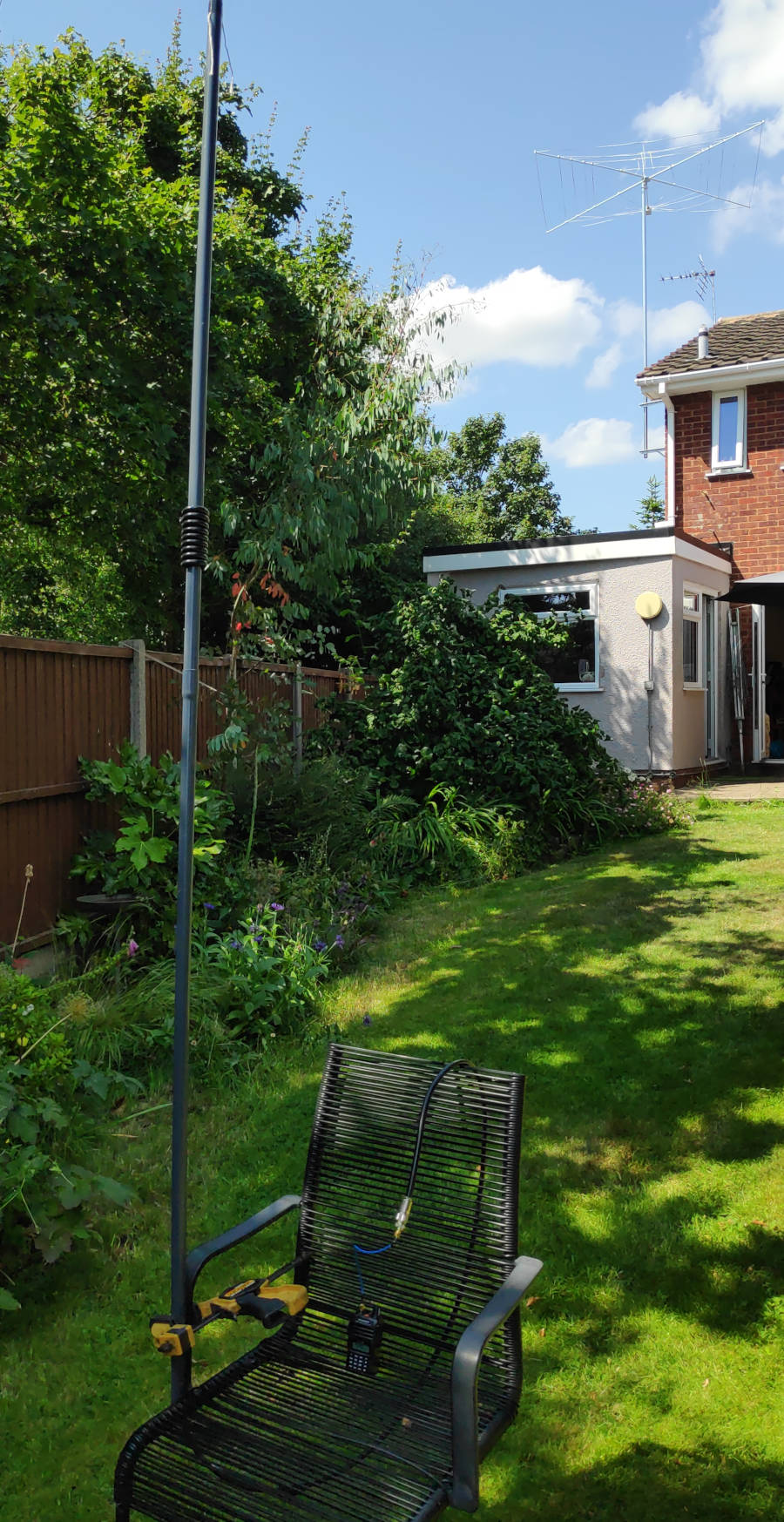 I’m debating what to do with it now. I suppose the ideal thing would be to mount it on the mast above the cobweb, for an elevation of nearly 8 metres above ground level.

I recorded SWR readings between 1.2 and 1.6 on the NanoVNA. I left the top part of the coax (the active element) a little long with the intention of trimming it later, but once I had that choke wound around the PVC pipe, it wasn’t coming unwound. The SWR readings were consistent with what I saw on the IC-705s SWR meter.

Thanks to G1MHU for gifting the coax cable.